Central South to feature at MIPIM 2023

Following the success of the inaugural visit to MIPIM in Cannes earlier this year for the world’s largest property event, a consortium from the Central South will again be promoting the region on the global stage next spring.

The Central South’s appearance at MIPIM in 2022 was the region’s debut at the event and has led to numerous visits by potential investors to the Central South in the months that have followed.

At a glance, MIPIM in numbers:

Investors represented a quarter of MIPIM attendees, among them major real estate funds and investors from around the world. The response from partners who attended earlier this year was overwhelmingly positive – you can watch the video via this link.

Based on the success of the Central South’s delegation, the following businesses have already pledged to attend in 2023:

Chair of the Business South Regenerate South group and the award-winning planning and design company Terence O’ Rourke, Tim Hancock said: “MIPIM international property conference is the most important property event in the world, and we were proud to be flying the flag for our region.

Responding to news that the Central South UK will once again be represented at MIPIM, Rohan Marwaha, from the event organisers RX Global, said: “We are looking forward to welcoming Central South back to MIPIM in March 2023.

“The Central South stand at MIPIM 2022 was buzzing with activity and facilitated a number of meetings with the many investors that attend MIPIM each year. We are pleased that participation at MIPIM is helping the Central South region of the UK to attract investment and act as a catalyst for regeneration, improving the prosperity and quality of life for people in the area.”

The MIPIM initiative was championed by Business South and backed by business leaders, local authorities, and organisations such as the Solent Local Enterprise Partnership.

Business South Group CEO, Leigh-Sara Timberlake said: “We have had a ringing endorsement from partners, and they want to attend MIPIM in 2023, with the understanding that it should be the foundation of a strategy to jointly promote the Central South on a global stage.

“We are looking for further sources of funding to ensure we can continue to deliver powerful messaging for the Central South and build on the positive work to date.”

Director of Boyle and Summers, Richard Summers, said MIPIM was a great opportunity to meet decision makers who are usually impossible to reach.

He said: “We met a diverse range of people and had interesting discussions that we have followed up since our return.”

Leigh-Sara Timberlake added:” This is just the start, and we need to keep the momentum going.

“Our founding partners will form the core of our delegation and we are inviting applications from other businesses who would like to join us and support this important work promoting our region.”

To find out more contact Leigh-Sara Timberlake via leigh@businesssouth.org or 07506 742214. 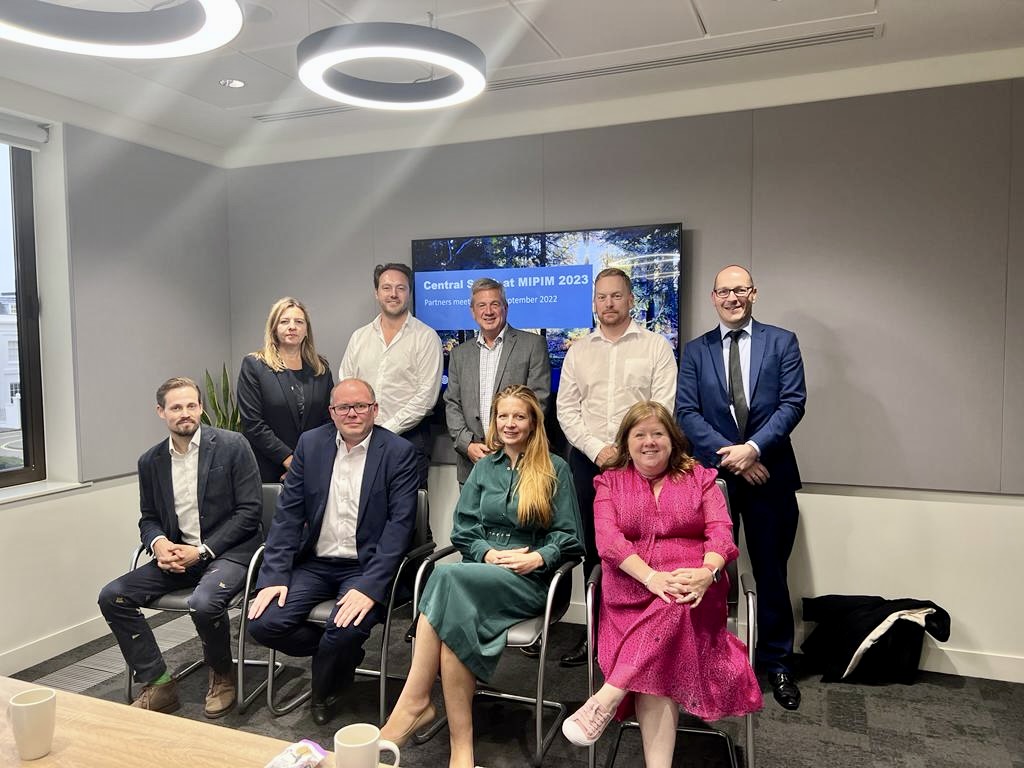 Members of the Central South’s delegation to the MIPIM conference

The Central South’s success at MIPIM 2022

In its debut year, the consortium promoted a wealth of opportunities for investors, developers, and businesses in the Central South region, and promoted its key benefits, including: